Parking during the congress will be possible at hotel parking facilities eventualy in a reserved parking lots. Parking is free of charge.

PALACE ART HOTEL PEZINOK with grand artistic atmosphere of the Pálffy generation brings this eight hundred years old chateau to life – energy of circulation of human days, garden of four seasons and space of centuries. Cultivated privacy is available for clients in comfortable rooms and apartments.

History of the Chateau Pezinok

During 13th century, the original water chateau served as seat of magnates from Svätý Jur and Pezinok. Eight hundred years later the renewed chateau opened own gates. Štefan of the Šimák generation established there winery, hotel and exhibition of wine, glass as well as of the Pálffy family.
The end of the Austro – Hungarian Empire, creation of Czechoslovakia and the two world wars represented hard times for chateau Pezinok. In 1930, the Pálffy family sold the chateau in devastated condition to the town of Pezinok.. Starting from 1936, the chateau operated as seat of the Slovak Wine Grower Association, which in 1951 was swallowed by the state Winemaker Factory. A part of the factory represented a distillery, which starting from 1968, produced the world-known Carpathian Brandy Special with a knight on label.

To make a hotel reservation, it is necessary to fill in
the On-line Registration Form within the on-line registration form on www.videoonkochirurgia.sk until 31th March 2022.

The listed prices are per room and per night, including VAT and are informative only. The exact price of the room will be confirmed depending on the type and occupancy of the room.

Bratislava – beauty on the Danube

Bratislava is the capital of the Slovak Republic and is the largest city in Slovakia with more than 450,000 inhabitants. It is one of Europe’s youngest metropolises and is still developing dynamically. Contemporary Bratislava offers a wide range of cultural activities, entertainment, as well as sports and recreational activities in the city or in the vicinity. It is a popular destination for culture lovers as well as good food and wine grown in the nearby Little Carpathians.

The main landmarks of the city include Bratislava Castle, which towers the Danube river. From the courtyard there is a wonderful view of a large part of Bratislava. The gardens around the castle are suitable for walking and relaxing after a busy day. 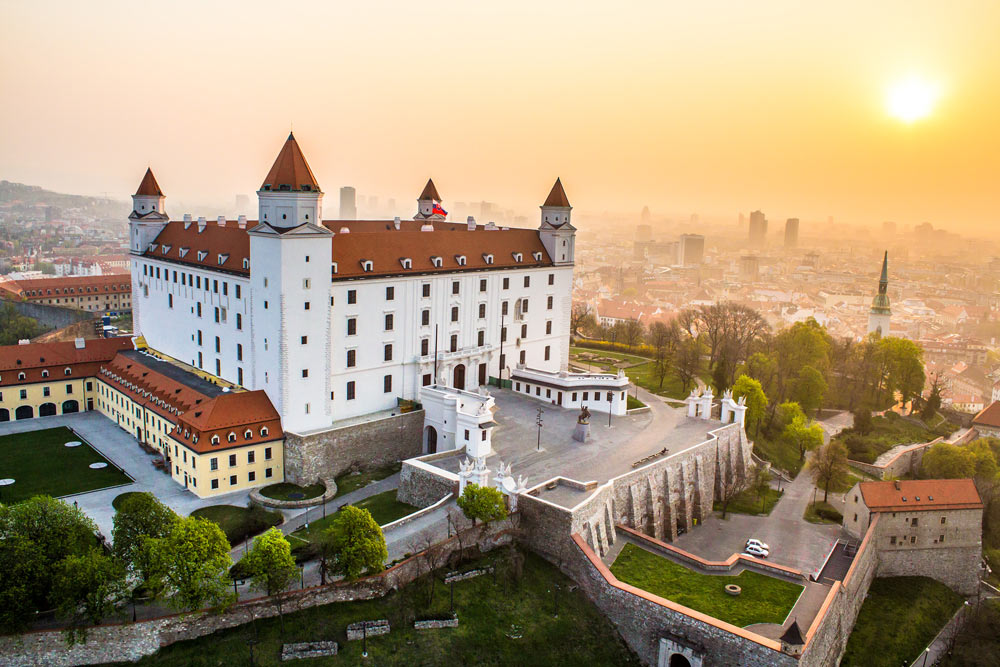 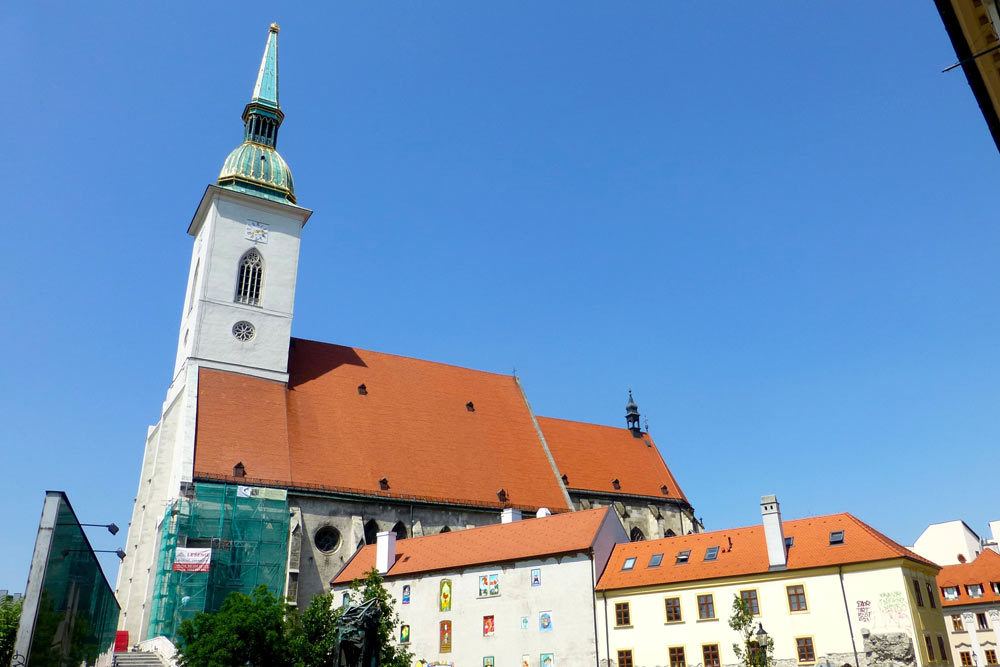 Near the castle stands the St. Martin’s Cathedral, the coronation cathedral of the Austro-Hungarian monarchs. It is an unmistakable historic landmark of Bratislava, located within easy reach of the ancient winding streets in the historic city center. Lovers of history and sacred art should not miss the opportunity to see this cathedral not only from outside but also from inside.

Michael’s Gate is the only existing gateway from the four original gates to the Old Town of Bratislava. It is through this gate that people enter the heart of the city continuously since the 14th century. An exceptional part of the original Bratislava fortification is also a gem of several building styles. The ascent to the tower provides a wonderful circular view of Bratislava and its surroundings. There are plenty of great restaurants, cafés and bars near the tower. 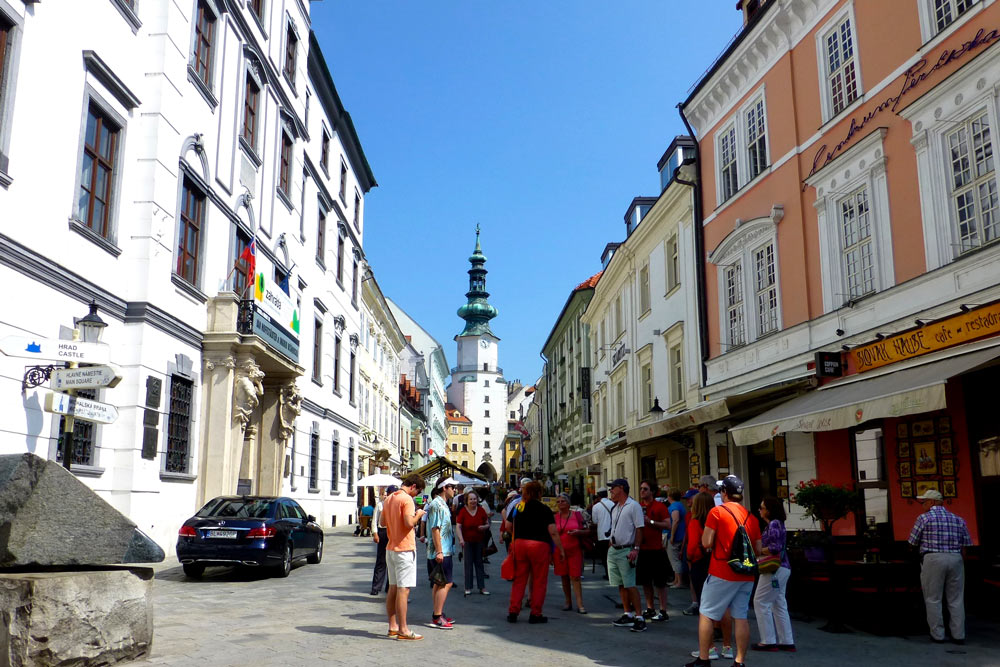 Observation tower, bar and restaurant. All this includes one of the symbols of Bratislava – the SNP bridge with the UFO observation tower. 95 meters above the surface of the Danube you can enjoy an interesting menu with friendly service. Above the restaurant there is a viewing terrace with an amazing panorama of Bratislava.